The Mozilla Festival 2021 is slowly coming to an end, and so we decided to recall previous MozFest Arcade experience and prepare a totally subjective list of five games that utilize Web Monetization API you can play right now and support its creators. 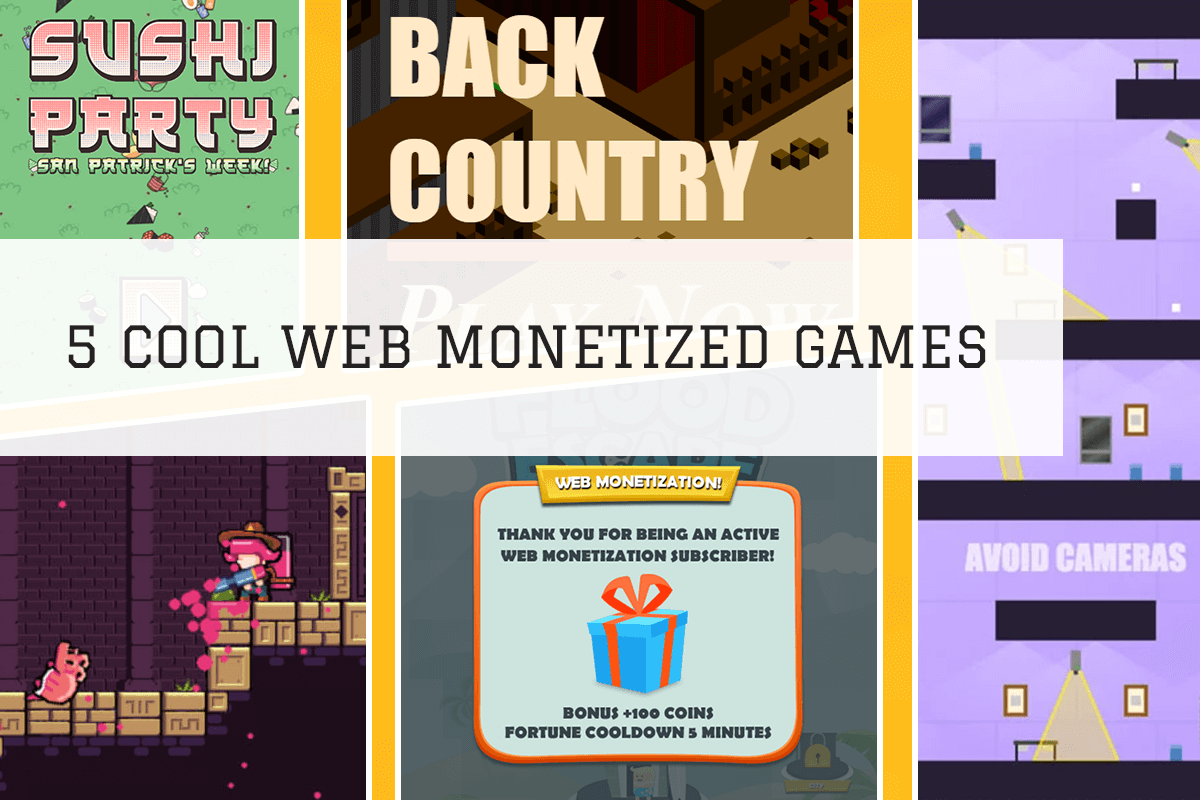 In October 2019, when Mozilla Festival was held in a physical location of Ravensbourne University in London, we’ve partnered up with the Grant for the Web folks to create and run MozFest Arcade - a booth hosting nomerous Web Monetized games from both our own Enclave Games studio and the js13kGames competition. People could play the games at the booth, and see how micro amounts of money were streamed directly into the wallets of the creators in real time.

Let’s do the same, but online! Check out the list of five interesting games that are Web Monetized:

Created by the Piesku team for the first year of the Web Monetization category in the js13kGames 2019 competition, Backcountry takes you to a Wild West themed place where you are tasked with finding the bandits and getting paid for bringing them to justice. 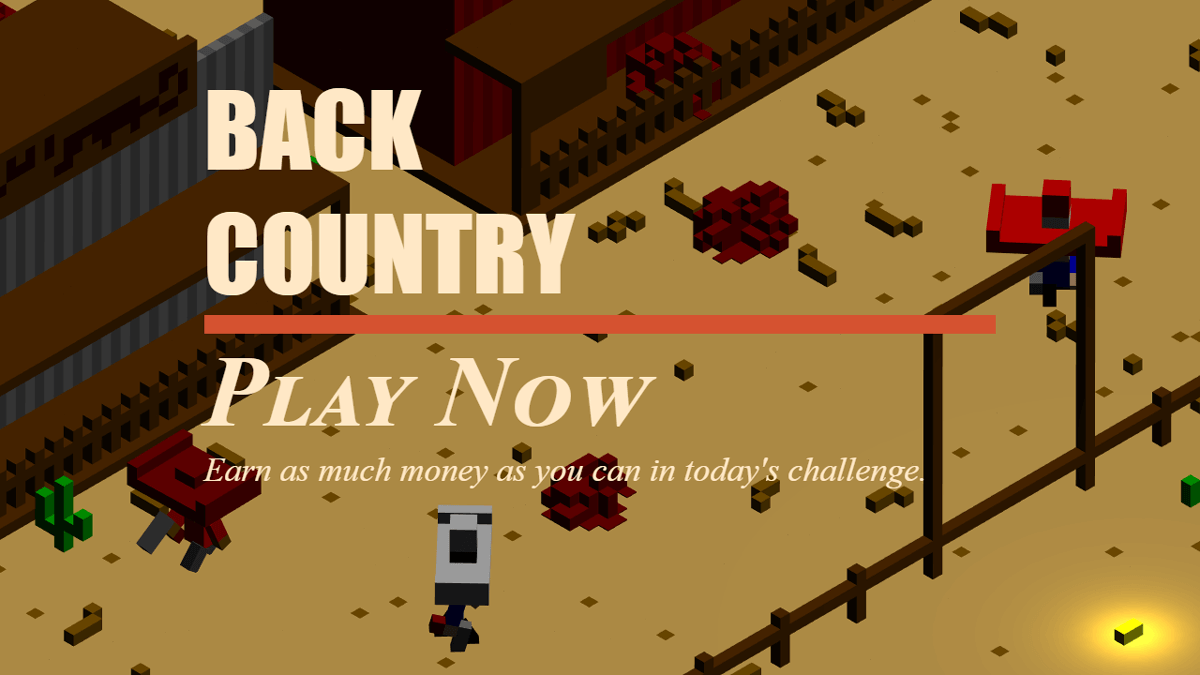 Web Monetized users can change the appearance by picking various hats for their characters. The game ended up on the 3rd place in the monetization category and was showcased at the MozFest Arcade booth in London.

Relic Splatter was submitted to the Web Monetization Challenge run by Björn Ritzl from the Defold foundation. 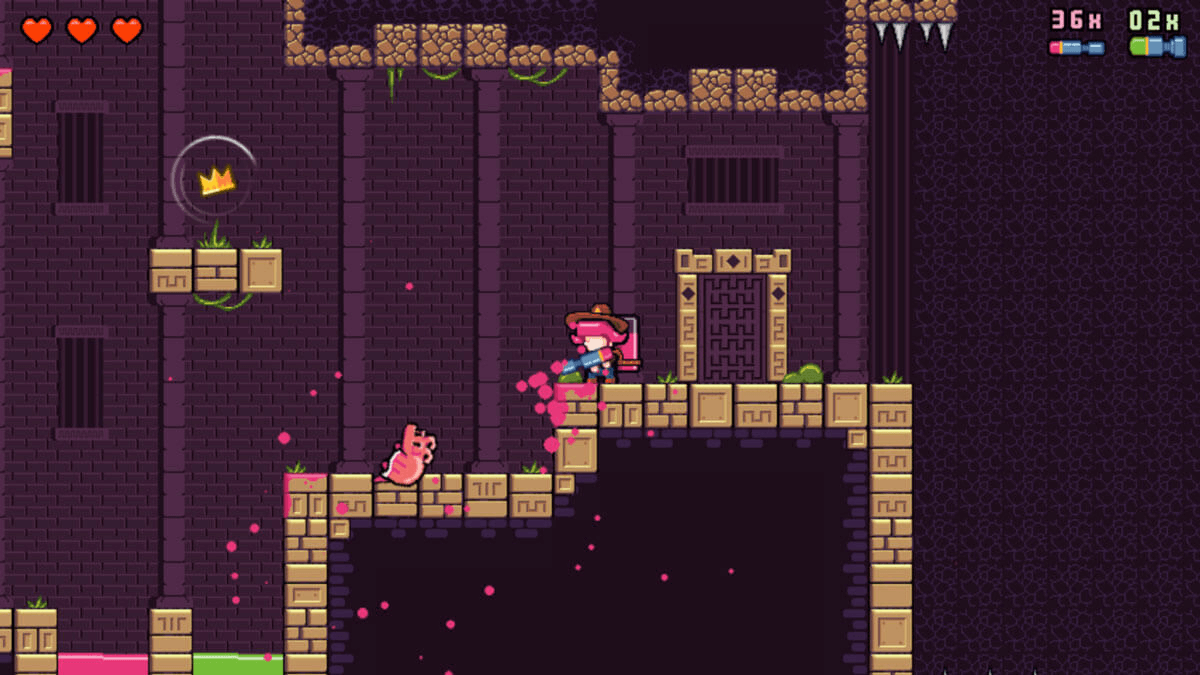 Relic Splatter is definitely my favourite with cool idea, nice graphics, smooth gameplay, and a whole lot of juiciness. I really liked splashing colorful stuff all over the place, and the idea of using a gun as a jetpack as well. Paying Coil members get help finding the relics.

Ninja vs EVILCORP is a game created by Rémi Vansteelandt for js13kGames 2020. The game won both the Web Monetization category itself, and the whole competition in general. 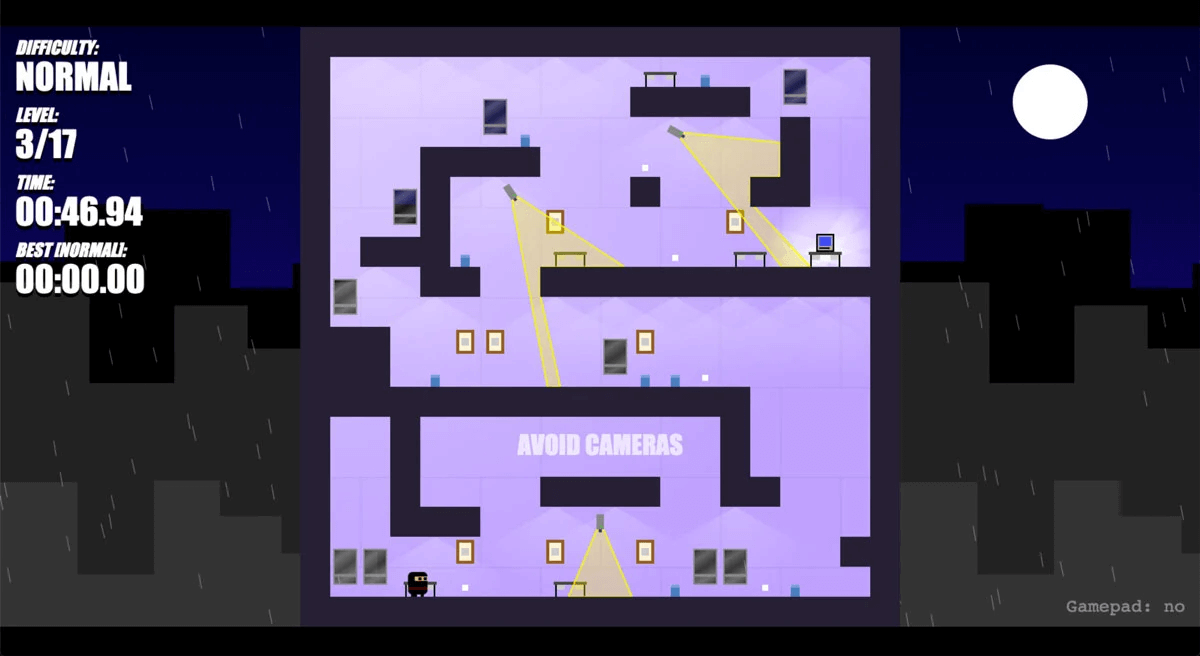 The entry that got the first place based on how well the feature was implemented, Ninja vs Evilcorp, offers… the lowest possible difficulty level for Coil members: Practice. Isn’t this brilliant? If you’re lazy (like me, especially lately), or tired, or have only a couple of minutes to spare, but you still want to try the game, you can go straight through it without worrying that you’ll lose immediately. I’m guilty of lowering the difficulty levels of way too many games I’ve played, only for the fact that I’d like to enjoy the story behind it.

This is basically a multiplayer Snake game, a Slither.io clone, but perfectly executed, with cute graphics, and no adverts for the paying Coil members. 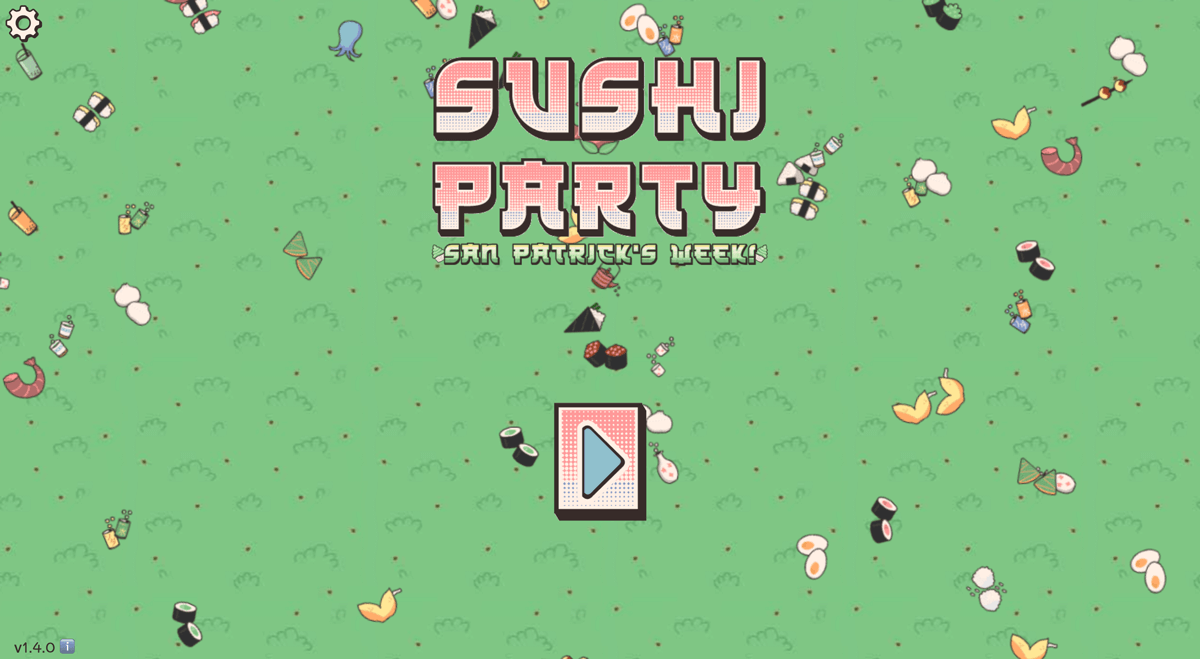 The best part? You can eat loads of sushi!

Fifth game is going to be an ordinary shameless plug, because Flood Escape is our own creation. It is placed on the list, because it was one of the first games, if not the very first, that was Web Monetized. 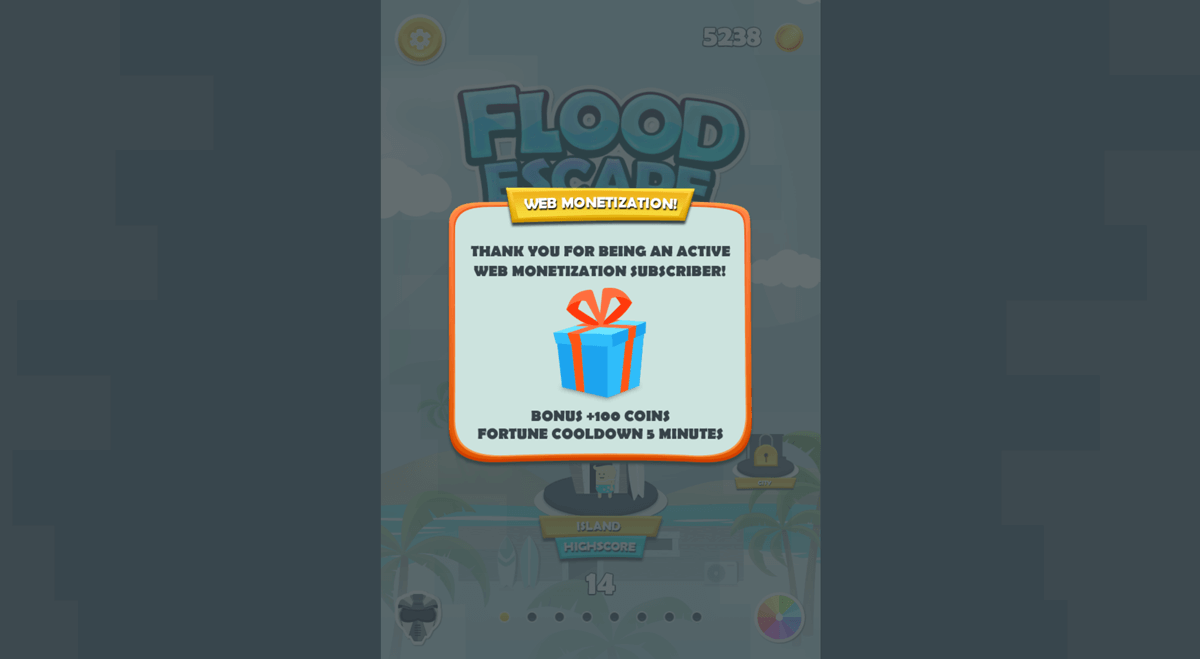 You can expect more games coming from us in the next weeks and months ahead, and all of them will for sure implement Web Monetization API in some (hopefully) creative ways, which we’re gonna share through blog posts in detail.

Gamedev.js Survey and the Jam

Two extra things I wanted to mention are Gamedev.js Survey and Gamedev.js Jam. The Survey (“to learn about the current state of the HTML5 Game Development in 2021”), being part of our Grant as well, is coming to an end - we’re closing the form tomorrow, March 18th end of day, and will publish the results after a week.

The Gamedev.js Jam 2021 is the second edition of the online competition for HTML5 game developers, and it will run between April 13th and 26th, hosted on Itch.io. It’s a perfect opportunity to build some nice monetized games that might be featured in the next such article! We do plan to announce prizes, the Web Monetization category itself officially, and more in the coming days, so make sure to follow the competition’s Twitter for updates.