Even though 2020 was overall a terrible year, we are really happy with how it turned out for us, given we received a grant from the Grant for the Web program to work on our projects. 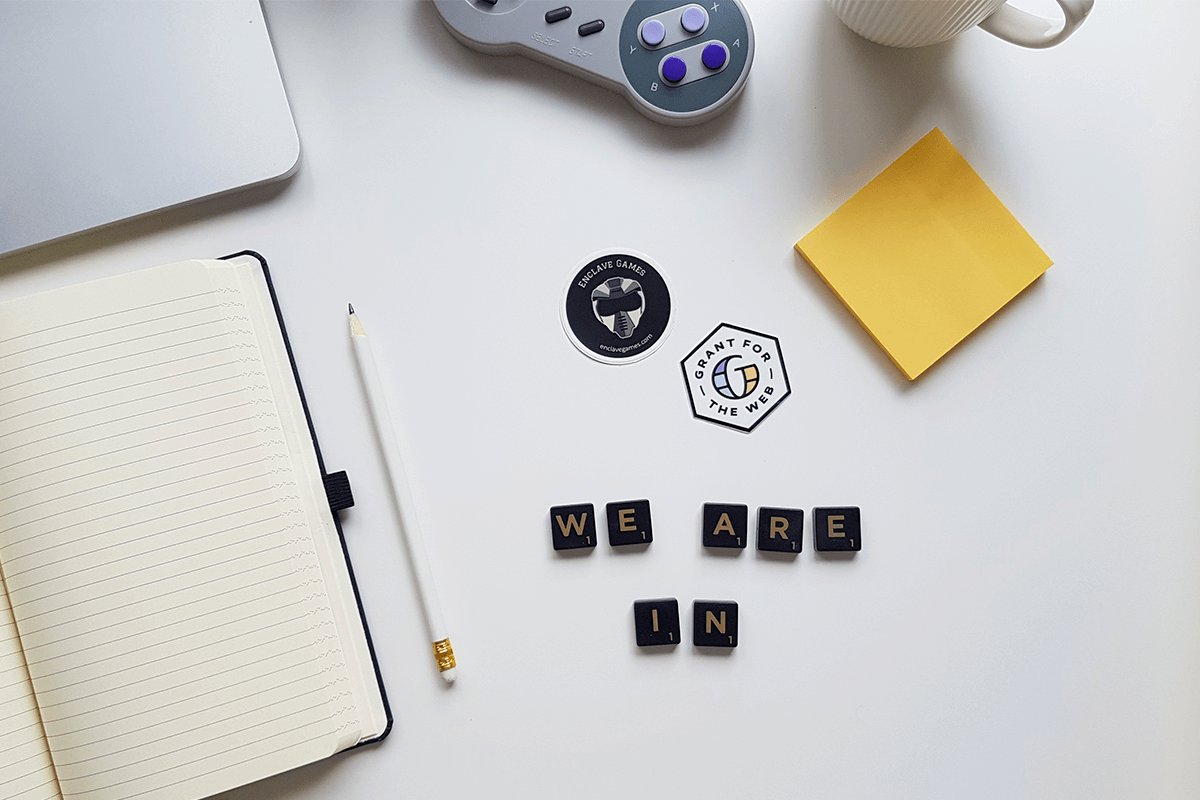 Ok, and now the last sentence from the 2019 report:

Grant for the Web fund was announced - I’m gonna try to be as involved as possible. Implementing Web Monetization in our games and other stuff will be one of the top priorities this year.

Yup, 100%. I went full into Web Monetization - we got the grant, and it was the most important thing that happened for us in 2020. I’m really happy we were able to pull this one off!

Now onto the bad, ok, and good things from the past twelve months.

The Mozilla Tech Speakers program was cancelled after the five fruitful years, and this was the saddest thing to happen for me in 2020. We were literally one big family, and I’m hoping to stick with a few fine folks even after it was disbanded. 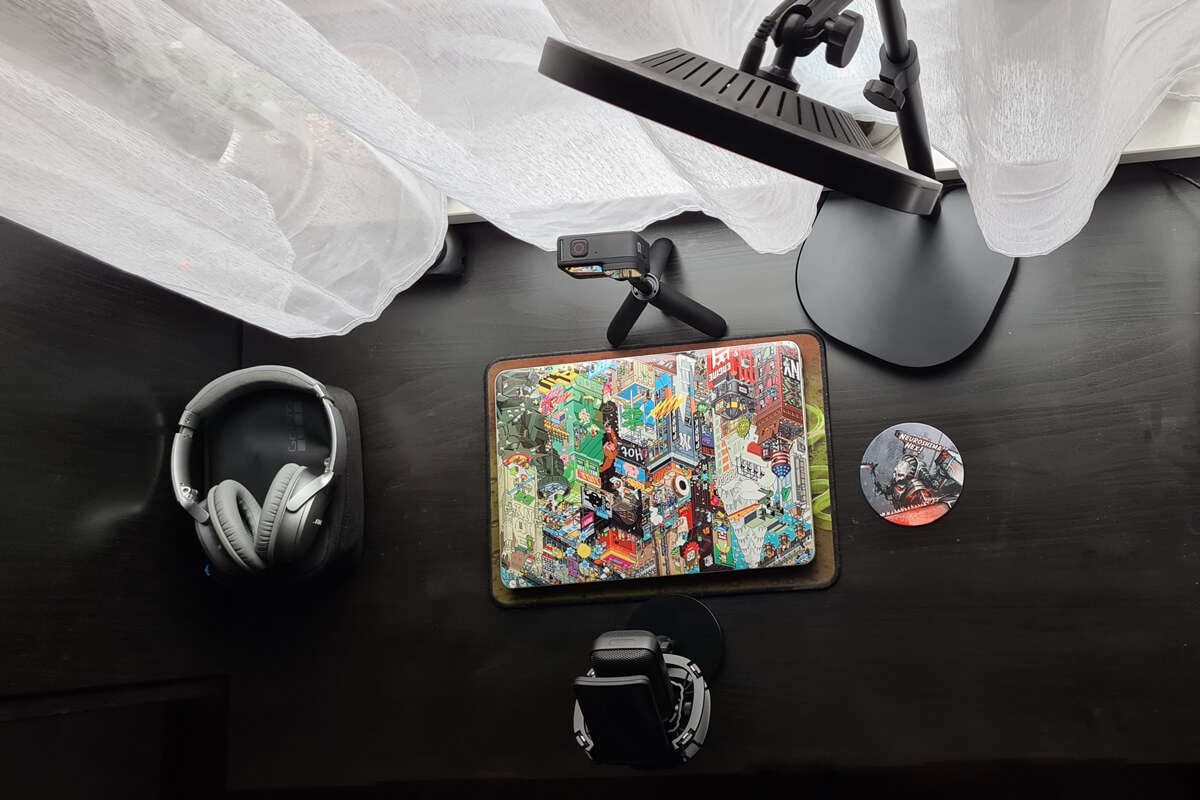 Because of the pandemic there was no traveling to conferences at all, first time since I started public speaking in 2011. I decided to shift my focus towards writing and coding, but after wasting my time on js13kGames again, I quickly realized I still like evangelizing and got back to it like I never left.

No new games - it’s getting out of hand for the ”Game Development Studio”, since our last released game was Flood Escape back in 2017… I worked a bit on the Hat Tricks and Rack Match games, and the NSHex Roulette app. New winter level for Flood Escape was published, and the NSHex Counter app got Troglodytes. 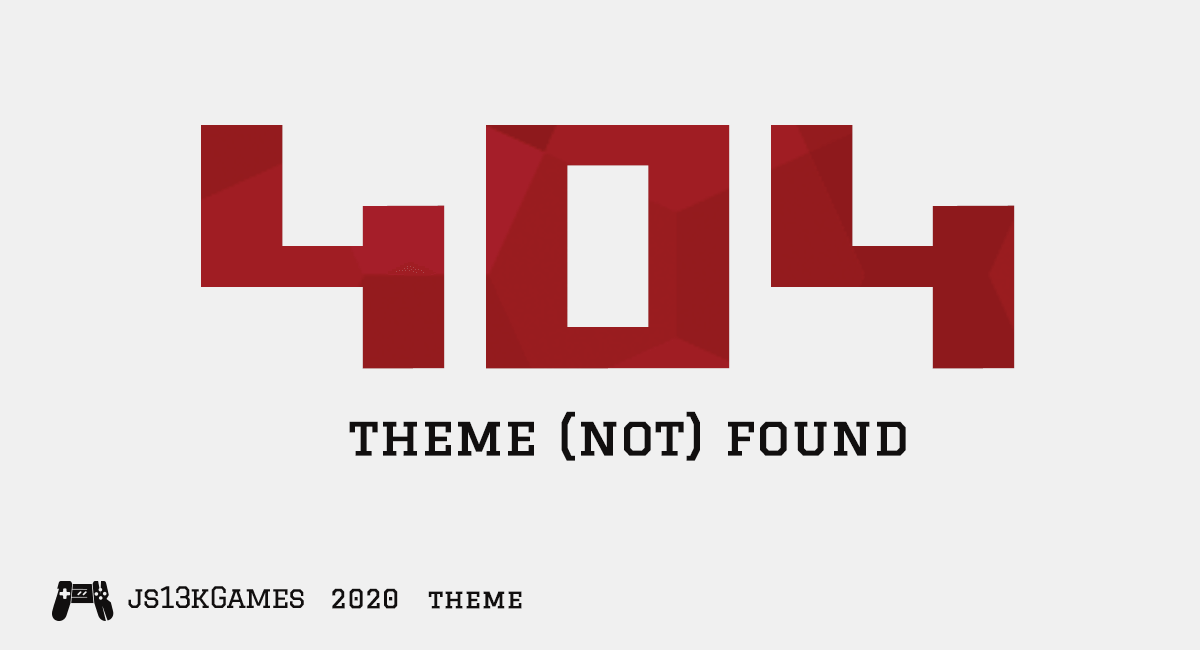 OpenHTML5Games is still a placeholder, another year in a row.

Gamedevjs.com site is almost dormant, with random news mostly about my own projects, and only when I realize it would be nice to publish anything once every now and then. 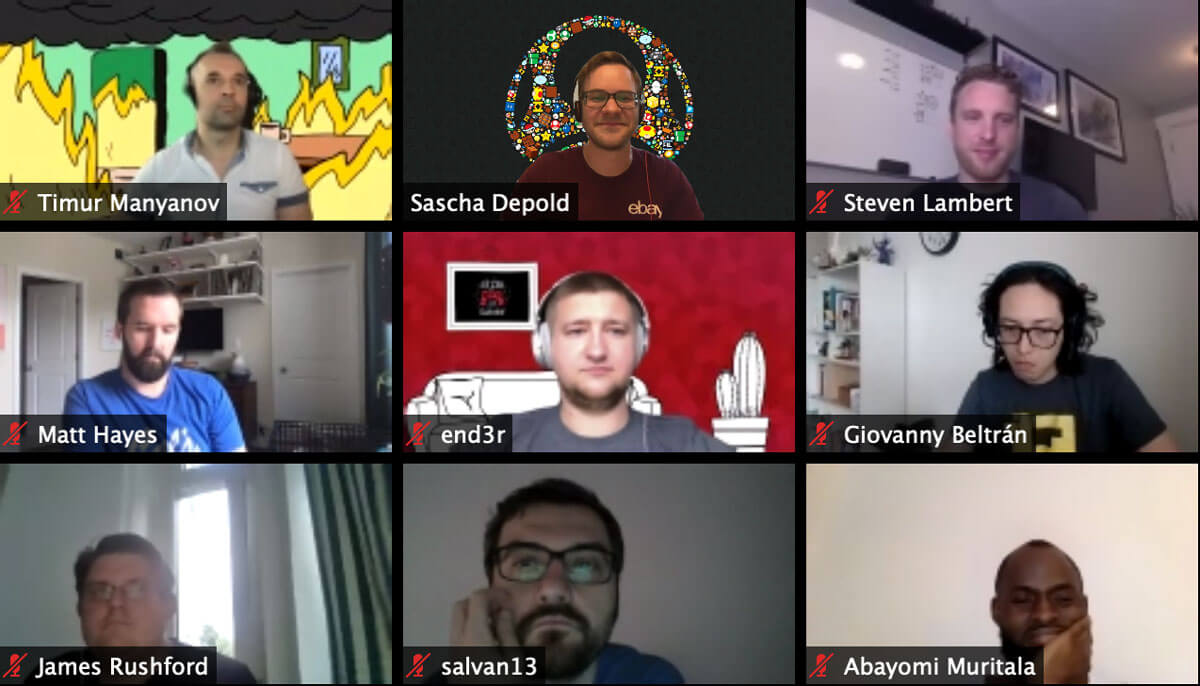 I kind of managed to run js13kGames 2020 after all, even though I was saying I’d rather cancel than do it again with the same old backend forcing a lot of manual maintenance. It did take a few months worth of work out of this year though, like it did in previous ones, which I was hoping to avoid.

The Gamedev.js Weekly newsletter is being sent every single Friday, but it wasn’t refreshed at all. The whole effort is spent on preparing and emailing the contents, while none at all on promoting - that’s why it didn’t grow at all, still having about 6k subscribers. 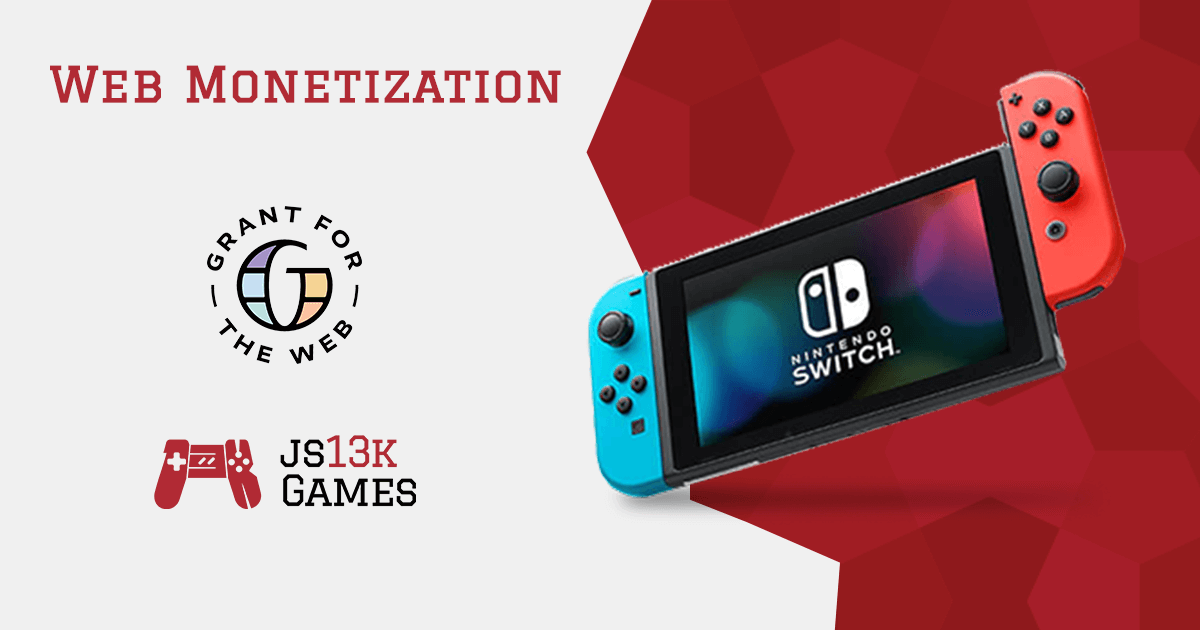 Grant for the Web! Getting it was without a doubt the best thing that happened to Enclave Games in 2020. Most of the year revolved around Web Monetization and HTML5 games in various forms - 90% of the content in this yearly summary is about exactly that. For example, the js13kGames 2020 competition offered a Nintendo Switch for the winner of the Web Monetization category.

Gamedev.js Jam 2020 happened, and hopefully it’s going to be a yearly gig, next time with Web Monetization. 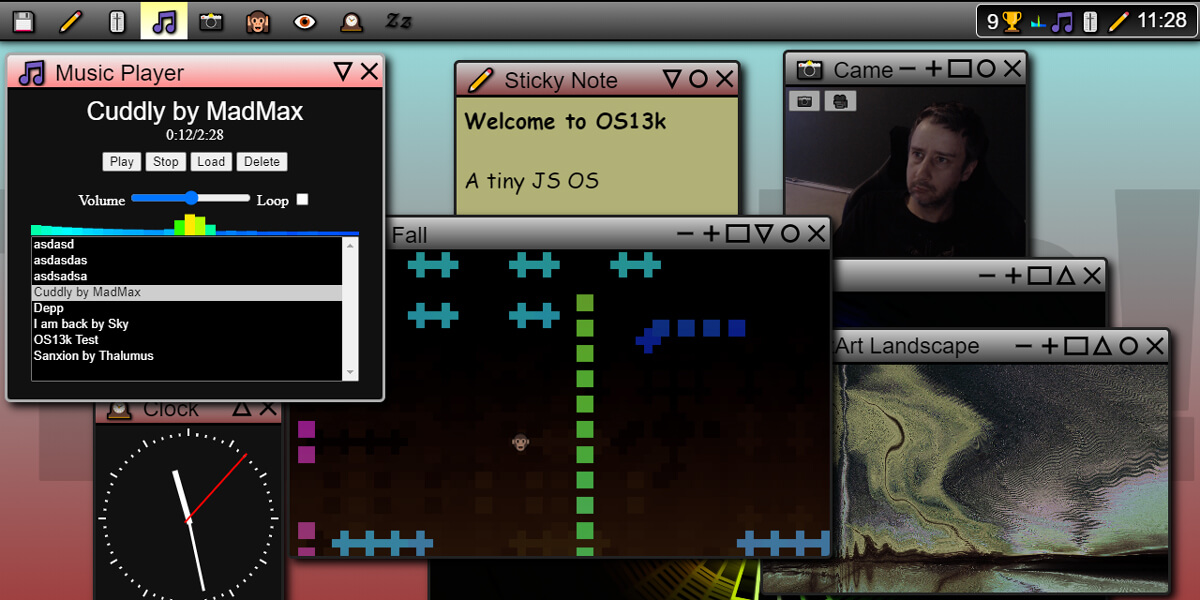 Many contributors were active on the js13kGames’ Medium blog: 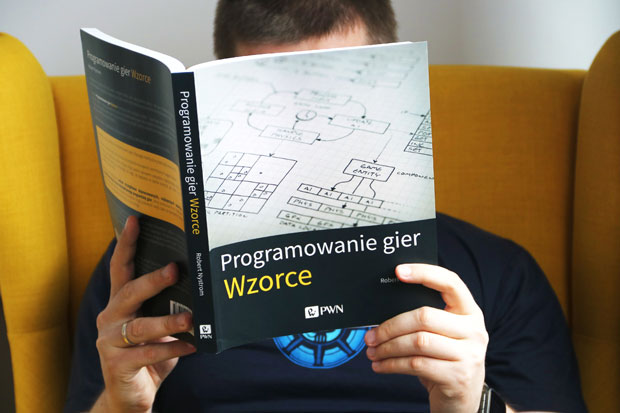 I did a tech review of the Polish translation of the Game Programming Patterns book, was a judge in The Web Monetization Challenge 2020, and an advisor for the Kernel Gaming Guild. 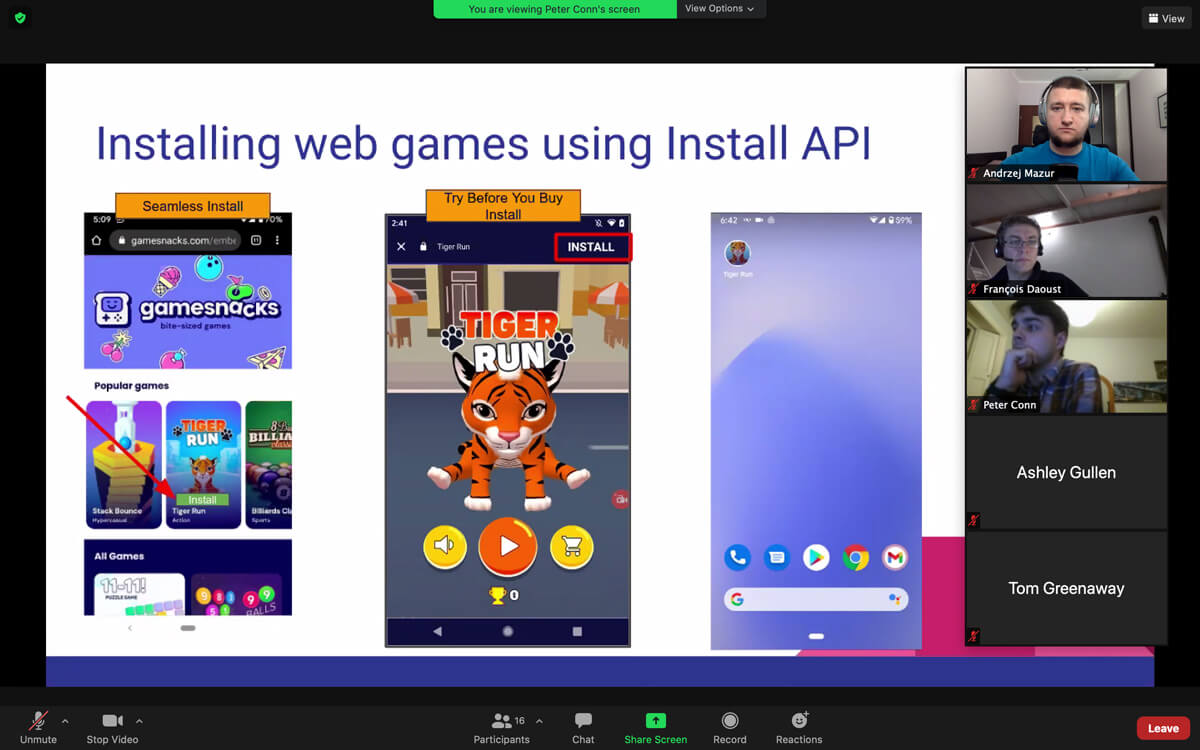 I participated in a few podcasts and panels, and gave a few talks: last physical one at the Gamedev.js Warsaw #15, then an online Tech Briefing when Tech Speakers were still active, the js13kGames kick-off meetup, TPAC 2020 event, Future of Micropayments 2020 conference, the Gamedev.js Warsaw #16 meetup that happened during the Warsaw IT Days 2020 conference, and the W3C Games December 2020 meetup.

Finish remaining Grant for the Web work as soon as possible: Web Monetized games, Survey, and the eBook. Try getting a second grant?

Pick up Phaser 4 when it’s released, and make my own Nano version to build tiny games (for GameSnacks, KaiOS, etc), maybe even create a video tutorial about it.

Do more tech speaking about Web Monetization, work closer with Coil, and be more active within W3C Games community.

Gamedev.js Jam 2021 on Itch.io again, most probably with Web Monetization.

New backend for js13kGames, maybe an online t-shirt shop (finally), and some extra materials, since it’s going to be a tenth edition.